Welcome. The fact that you are visiting this web tells me that you are as passionate about life as I am. And poetry is all about life, a reflection of the times we live and a voice reminding us of the beauty not always we see, giving hope for the times to come. You are needed to inspire the reality we can create, one in which the respect for the dignity of all human beings and the sanctity of life would no longer be questioned. 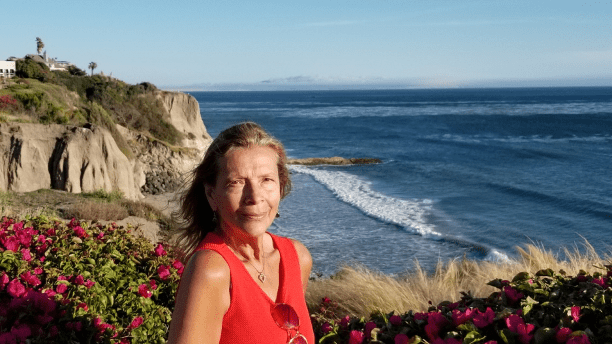 Viviana Hall is an Argentine born poet, journalist, and clinical social worker. Her first book of poems “Miedos” was published in Buenos Aires in 1977.  As a press correspondent she moved to New York,  where in 1982 her book “Poemas del Cielo y de la Tierra”, and a re-edition of “Miedos” were published. Her up-coming book, “Poems of Love”, a bilingual English-Spanish edition currently in production, will be shortly available on line and in bookstores domestically and abroad. About her work, acclaimed writer Cesar Tiempo said:

“Viviana’s poetry reconciles us with hope, one of the few  movements of the soul capable of battling despair”

As a social worker, during the last two decades, she collaborated with New York State developing programs for disadvantaged youth.

Viviana is an advocate for social justice and world peace. She is a firm believer in the enormous potential of every human being to transform itself and the world we live in.

An avid traveler, when not attending International Congresses, she spends her time between New York and the California Central Coast, where she continues her work.